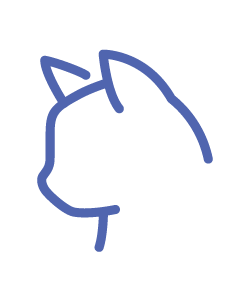 Just like humans, animals can catch diseases and get injured. Fortunately, veterinarians provide medical care for sick and injured animals the same way doctors diagnose, manage, and treat human health issues and concerns. Although we’re not vets, we share a common passion to ensure all animals receive the best quality of care possible. We've created this website to provide pet owners, farmers, and other animal owners with the factual information they need to keep their animals healthy. Here, you’ll find high-quality content on a variety of topics in the veterinary field, including animal behaviour, breeding, and feeding, as well as diagnosis and treatment of pain and diseases that different types of animals may suffer from. We hope the information we've posted helps you take better care of your animals.

Here are some mistakes some puppy-owners make after signing their young dogs up for puppy behaviour training courses.

After each puppy behaviour training class that a person attends with their pet, they should expect to see either a slight or significant improvement in their pet's behaviour (depending on how complex the techniques demonstrated in the class were and how intelligent and focused their puppy is). One error that some puppy-owners make is not consulting their vets if their puppies don't seem to be taking on board any of the things they have been taught in the multiple classes they have partaken in.

This is a mistake, as it's possible that there might be a medical explanation for the puppy's inability to master whatever skills they're taught in these classes. For instance, if a puppy never obeys the oral commands that they're given by their owner in these classes, this might be caused by a foreign body (like a blade of grass or a tiny twig) being stuck in one or both of their ear canals, which is preventing them from hearing their owner's words. In this instance, if the owner spoke to their vet about this issue, the vet could remove the foreign objects and ensure that the puppy could hear again. This would then enable that puppy to hear and comprehend the commands they're given in their classes.

Another mistake some puppy owners make is not modifying the things that the trainer teaches them and their puppy in the classes to suit their pet's unique personality. The reality is that one puppy could have a very different personality to another one and because of this, will learn in a different way.

For example, a trainer might recommend that people in their class use whistles when training their puppies to come back to them after they've run away. However, if a person knows that their puppy happens to dislike loud, piercing noises or if their vet has diagnosed the puppy with anxiety that is triggered by loud sounds, using this particular training aid may cause their young pet distress and lead to them associating certain commands with this unpleasant feeling. To prevent this, the puppy owner should modify this technique by, for example, waving around the puppy's favourite toy to encourage them to come back, instead of the whistle.